Serotonin Boost: The Key to a Lifetime of Happiness

Serotonin is a well-researched hormone that has been linked to overall wellness. Find out how to get a serotonin boost to feel better soon. 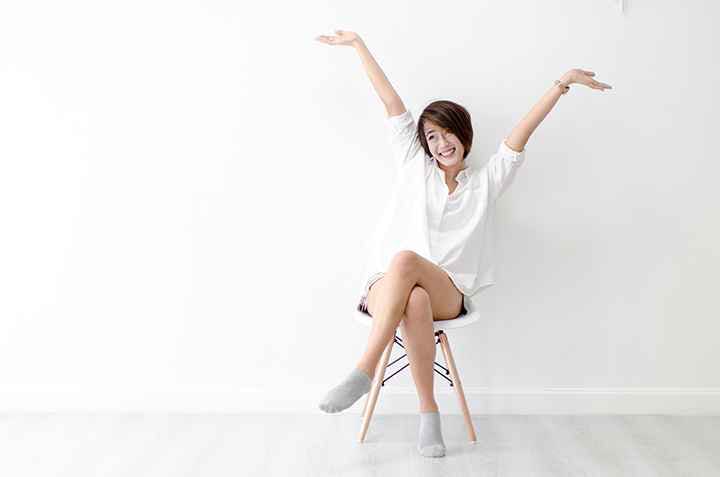 way to improve your overall physical and mental health is by getting a serotonin boost. Insufficient levels of serotonin have been linked to mood disorders such as depression, with a prevalence of about 8% to 12% in Malaysia. Serotonin is a critical hormone and neurotransmitter in our body that regulates many of its critical functions from mood to sleep patterns to digestion. However, too much serotonin can also be harmful. It can increase your risk of developing serotonin syndrome that can lead to conditions such as osteoporosis.

Read on to find out more about serotonin and ways to achieve optimal levels of this happy hormone.

What is Serotonin and What Does It Do?

Hormones regulate all the different physiological processes in our body such as growth, energy production, sexual reproduction, and mood stabilisation. Some of these hormones, including serotonin, are also neurotransmitters, meaning they also function by sending messages between nerve cells. Serotonin is one of the four main “happy hormones” alongside dopamine, oxytocin, and endorphins.

Serotonin is best known as the chemical messenger that regulates our mood, feelings of well-being, and anxiety. It is also responsible for a host of other functions. It is primarily found in the digestive system and helps control bowel movement. Serotonin is also involved in signalling the brain to be sleepy or awake. It connects to the production of melatonin, the hormone responsible for making us feel sleepy. It is also partially responsible for making you feel nauseated in order to push out toxins, as well as forming blood clots for wound healing.

Like many neurotransmitters and hormones, serotonin’s mechanisms of action are very complex and can have different effects depending on where the action happens. For example, while you need serotonin for bone formation, high levels of it can cause osteoporosis.

What Is Serotonin Syndrome?

Antidepressants function by changing levels of serotonin in our bodies. In the past few decades, with the prevalence of antidepressant medications such as selective serotonin reuptake inhibitors (SSRI’s) and serotonin and norepinephrine inhibitors (SNRI’s), there has also been an increase in the incidence of serotonin syndrome. Also known as serotonin toxicity, this dangerous condition usually occurs when a person can’t process the high levels of serotonin usually caused by taking a combination of antidepressants, painkillers, dextromethorphan-containing cough medicine, triptans for migraines, certain herbal supplements like ginseng and St. John’s wort, and illegal drugs such as ecstasy and cocaine.

Symptoms include irritation or confusion, diarrhoea, dilated pupils, abnormal heartbeat or arrhythmia, muscle stiffness, fever, sweating, or a high heart rate and blood pressure. Therefore, if you’re taking any of these substances, it is important to consult a licensed healthcare provider and report any symptoms you may have.

Indicators That You May Not Have Enough Serotonin

There are several clues your body gives you when your serotonin levels are too low. Many of these clues are also some of the symptoms of depression that links to low levels of serotonin. The mechanism of serotonin is not yet fully understood, and research is ongoing, but the following may indicate low serotonin:

Ways to Get a Serotonin Boost

When your serotonin levels are optimal, you feel sharp, focused, and motivated. You’re also able to manage stress well, avoiding anxious and angry outbursts. Your digestive tract is healthy, and your appetite is normal, without feeling any cravings. So how do you get a serotonin boost? Check out the following tips on how to naturally increase serotonin to optimal levels.

The precursor to serotonin is tryptophan, which is an amino acid that our body gets from the food we eat. If you maintain a healthy and balanced diet, you should get enough tryptophan from things like lean proteins, eggs, oily fish, and complex carbohydrates. In fact, intentionally overconsuming tryptophan can lead to the opposite effect, as the mechanism of serotonin is complex and levels must be just right.

Yet again, sufficient and regular movement and exercise is a foolproof solution for both physical and mental health. When we exercise, not only do we enhance our physical strength and cardiovascular fitness, but our body also releases more of the tryptophan required to make serotonin.

Serotonin functions bidirectionally, meaning that readily optimal levels of it promote wellness and conversely, doing things that relax you optimises your serotonin levels. One such practice is rest and relaxation through activities like massage and meditation.

How to Increase Serotonin with TCM

Traditional Chinese Medicine (TCM) physician Brandon Yew shares that while there isn’t a direct equivalent for hormones and neurotransmitters in TCM, this ancient framework has a corresponding perspective with regards to the effects of chemical messengers like serotonin. “For example, the heart is responsible for the emotion of joy. Being happy therefore also reflects an optimally-functioning heart – in other words, having sufficient heart Qi”, he says. Another organ system usually associated with the onset of depression is the liver. The liver Qi is usually the first to be affected when there is emotional change.

Working on specific acupoints is a great self-help method that raises serotonin levels. Here are six points that you can target:

A study on electroacupuncture showed that its healing effects are no less than those of antidepressants. Meanwhile, Tuina massage and Qigong are also great restorative practices that can help boost serotonin. There are also herbal options that can help relieve symptoms of low serotonin such as insomnia, stomach cramps, nervous tension, and depression. In an animal study, the TCM herbal decoction, Xiao Yao may help with depression and forgetfulness by impacting serotonin levels.

So, the next time you’re feeling unexpectedly unmotivated, it may well be that you’re in need of a serotonin boost. Both modern and traditional medicine offers natural ways to optimise this rather complex “happy” hormone and neurotransmitter. As with any healthcare regimen, be sure to work with licensed healthcare practitioners. For now, integrate these tips into your overall wellness, and the key to happiness may well be in your hands.

Quiz: Are You Showing Signs of Depression? Find Out Now

Early diagnosis can help you find joy in life again. Find out if you are experiencing the signs of depression and what you can do about it.

Quiz: Are You Prone to an Anxiety Attack? Find Out Now

Do you have anxiety attacks? Answer these questions to help you recognise the signs and discover natural remedies that can help ease the symptoms.