Why do women have a higher life expectancy in Malaysia? Find out the reasons and learn how to live even longer. 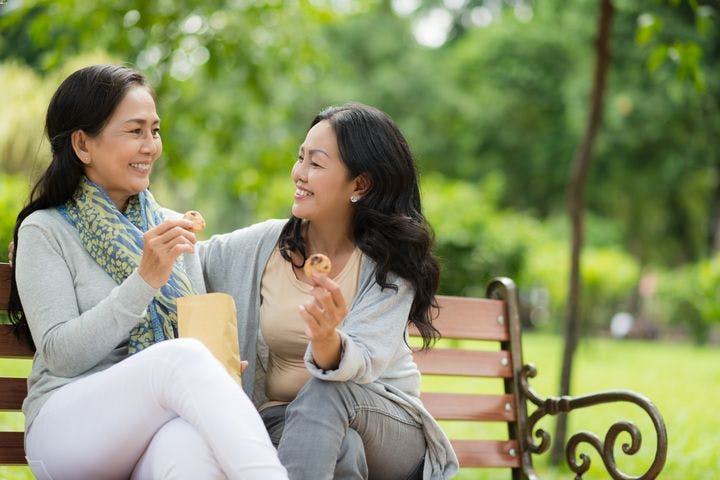 expectancy in Malaysia has been rising steadily, albeit slowly. In a 2021 report from the Department of Statistics Malaysia, women’s life expectancy at birth is 78.3 – five years longer than men. Additionally, a 2017 study from researchers at the University of Rajshahi and Heriot-Watt University Malaysia projects that the life expectancy for males and females in 2050 would be 79.13 and 84.05 years, respectively.

The numbers above don’t lie, women tend to live longer. Multiple studies have found that the life expectancy for men is shorter than that for women by four to six years. And this is not just in Malaysia but in almost every country worldwide.

What’s the reason behind this phenomenon? This article will dig deeper into the facts about female life expectancy and share tips on how to live longer.

Why Women Have Longer Life Expectancy in Malaysia

Researchers have been trying to figure out why women survive better than men. A suggestion by Professor Tom Kirkwood of the University of Newcastle is that natural selection is responsible for this. His study concluded that a woman’s body has evolved to ensure successful reproduction.

Other than this theory, there are three science-backed factors of women’s longer life expectancy.

Women are born with two X chromosomes, unlike men with one X and one Y chromosome. The Y chromosome would diminish as men get older, and new research has discovered that this might lead to a shorter life span.

A 2022 study by the University of Virginia found evidence that losing the Y chromosome can cause the heart muscle to scar and trigger heart failure. Their has also observed that the disappearance of the Y chromosome is more likely to stimulate age-associated diseases such as r.

Although women are also at risk for cardiovascular diseases (CVD), men mostly suffer from them at a younger age. Researchers have found that men are likely to develop heart diseases ten to 15 years earlier than women. The basis for this is the lack of oestrogen and . Testosterone also increases harmful cholesterol, raising a man’s chances of heart disease and stroke.

Although they’re known as sex hormones, oestrogen and testosterone protect men and women against heart diseases. As oestrogen levels in men gradually decline after puberty and their testosterone levels lower as they age, their chances of suffering and dying from CVD increases.

Moreover, oestrogen enhances the immune system, which creates a stronger barrier against bacteria and viruses.

Studies have shown that some causes of death in men are attributed to their lifestyles and unhealthy behaviours such as smoking and alcohol consumption.

Numerous findings have also demonstrated that expectations from society greatly influence men. Some cultures consider adopting safer and healthier lifestyles to be weak and non-masculine. This applies to not only men’s physical health but their mental state too. Men are less likely to seek help when they feel stressed or depressed because they perceive doing so as a threat to their masculinity.

How to Have a Longer Life Expectancy

Although data shows women have a longer life expectancy in Malaysia, there are still ways to live longer and healthier.

Avoiding a sedentary lifestyle by exercising, among other things, can help prevent heart diseases. You may have heard this fact before, but it’s worth repeating. Several studies conclude that regular physical activity can increase life expectancy by 0.4 to 6.9 years.

Findings by the American Heart Association concluded that people who walked more had a significantly lower risk of death than those who were less active. The health benefits of walking are consistent, whether you walk in uninterrupted sessions or prefer short spurts. You’ll gain better cardiovascular fitness, and improved sleep and mental health.

A study co-authored by Professor Billy R. Hammond at the University of Georgia provides evidence that pigmented carotenoids can serve as antioxidants. Pigmented carotenoids are available in bright-coloured foods such as yams, kale, spinach, watermelons, bell peppers, tomatoes, oranges and carrots.

According to , the five elemental energies in humans correspond to certain colours. Wood responds to green; fire to red; earth to yellow and orange; metal to white; and water to black, blue and purple. Eating foods with these colours can help balance the energies.

Chinese medicine doctor and longevity expert Dr Ni Maoshing, advises taking baby steps. You could start with incorporating fruits and vegetables in two colours daily, then adding a colour a day to eventually make up five.

Creating a safe space for both genders to be able to speak freely about their thoughts and be supportive with each other would greatly help in reducing social stigmas about male and mental health.

Geriatrician Dr Chan Kin Ming observes that women who live beyond 70 are generally happy and active, and receive good family and social support despite having medical conditions. They seek treatment earlier compared to men, who tend to ask for help later. He’s also noticed that men don’t deal with stress as well as women. They’re less capable of sharing their feelings and are more prone to internalising stress, which can lead to depression.

Reaching out, being communicative and obtaining support can contribute to a happier, healthier and longer lifespan.

It’s a fact that female life expectancy in Malaysia is higher than their male counterpart. However, there are ways to extend men’s lifespans which women too, can practice to ensure both genders live long, fulfilling lives.

This is an adaptation of an article, “Why Women Live Longer”, which first appeared on the Eu Yan Sang website.

A healthy diet plan is vital for achieving an ideal body weight. We share some real-life stories of remarkable body transformations.

The Truth Behind GM Diet and Other Popular Eating Regimes