Do Not Ignore Fatty Liver: Why You Should Treat It Now Before It’s too Late 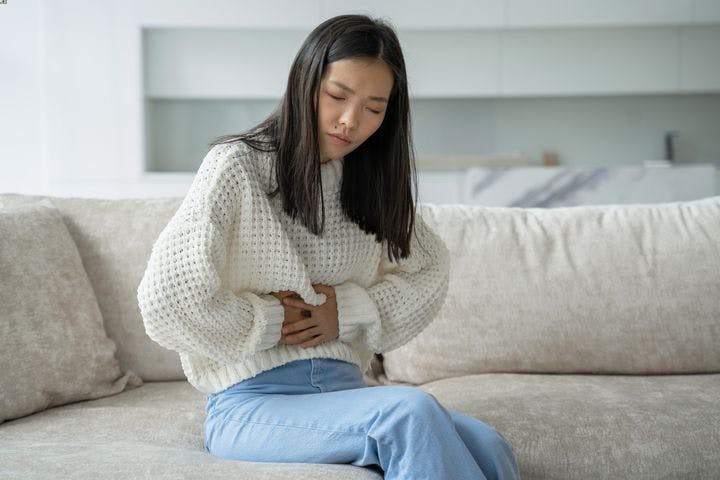 The whole world is living in the era of the coronavirus and yet, a certain kind of epidemic has been affecting lives for much longer. We’re talking about non-alcoholic fatty liver disease (NAFLD) or hepatic steatosis. While it’s considered a non-life-threatening disease, it can potentially damage overall health. A study in 2018 revealed that excess fat accumulating in the liver is among the leading causes of liver cancer in Malaysia.

Read along as we discuss what fatty liver is, its causes, symptoms, stages of development and why it earns its reputation as ‘the silent disease’. This article will also talk about some home remedies to help keep your liver healthy.

What is Fatty Liver?

Associate Professor Dr Chan Wah Kheong, a gastroenterologist and hepatologist at the University of Malaya Specialist Centre (UMSC), defines fatty liver as a condition characterised by excess accumulation of fat in the liver.

National Health Service (NHS) lists the factors that can trigger fat excess in the liver:

In the past, living in Western countries also added to the threat of developing sediment of fat in the liver. NHS notes that up to 1 in 3 people in the UK have early NAFLD stages. But lately, the condition has been getting more prevalent in Asia. Dr Chan reveals that one-quarter of the adult population in Malaysia suffers from hepatic steatosis, making it an epidemy.

A 2019 study conducted in Klang Valley, Malaysia, showed that this liver disease is more commonly found in Indians and Malays. Although the condition usually affects men, UMSC endocrinologist Dr Jeyakantha Ratnasingam says women have a higher chance of having extra fat in the liver after menopause. The reason is that the oestrogen protecting their body will gradually diminish post-menopause.

As a health condition, fatty liver is harmless. However, if it’s not managed, it can progress into fibrosis, cirrhosis and liver cancer. It can even endanger other systems in your body. According to chief Traditional Chinese Medicine (TCM) physician Chu I Ta from Real Health Medical Clinic, severe hepatic steatosis can lead to heart disease, digestive system failure and loss of eyesight.

The tricky part is this condition is barely detectable because it doesn’t have any specific symptoms in the early stages. For this reason, Dr Ratnasingam calls it the silent disease.

People living with built-up fat in the liver cells usually don’t realise that they have it until it’s too late. At later stages, they may experience:

How to Prevent Fatty Liver

While there are medications to treat the diseases related to hepatic steatosis (diabetes, high cholesterol, high blood pressure), there is no specific medication to cure the condition itself. This is why it’s better to prevent this liver disease from happening altogether.

A natural protector of the liver, turmeric is believed to invigorate the blood and help eliminate blood stagnation by TCM physicians. Turmeric owes this to curcumin, its active compound. A 2018 study has proven that curcumin can prevent and cure oxidative-associated liver diseases, fatty liver included.

Not to be confused with other forms of ginseng, notoginseng is also known as san qi, tian qi or Panax Notoginseng. In TCM, notoginseng protects the liver by replenishing blood. A 2019 study supports this claim by providing direct experimental evidence to notoginseng’s ability to promote liver regeneration.

Other benefits of notoginseng, according to TCM, are dispelling heat and toxins, nourishing the liver and removing fat.

A fungus that originated in Taiwan, Antrodia Cinnamomea has traditionally been used to treat liver disorders. The extracts of its fruiting bodies and mycelia, especially, possess anti-liver cancer activities. A study in 2012 discovered that Antrodia Cinnamomea consists of seven compounds responsible for inhibiting liver cancer cell growth.

Also known as Salvia Miltiorrhiza or danshen in China, red sage is used in TCM to invigorate the blood, break up stasis, and ease pain. Research in 2018 showed that the herb could also alleviate fibrosis.

Widely recognised by its turkey tail-like shape, yunzhi or Coriolus Versicolor is a has a cancer-fighting prowess among its components. It works by making the body’s immune system attack the oncoviruses (tumour viruses) like the Hepatitis C virus that causes liver cancer.

The root of Astragalus is composed of essential amino acids, carbohydrates, riboflavin, iron, calcium, phosphorus and selenium. Together, they give Astragalus root its health benefits, including liver protection.

A 2020 study suggested that the effect of Astragalus on the prevention or treatment of hepatic steatosis is more significant when mixed with Lithospermum root.

Beyond these herbs, nothing keeps you safe from fatty liver more than a healthy diet and lifestyle. Maintain ideal weight, continue exercising and avoid too much alcohol. Make sure to eat vegetables and foods high in fibre and protein and low in saturated fats. Lastly, it’s best to avoid fried and salty foods, red meat and too much sugar. It doesn’t have to turn into a big fat problem if we know how to handle it right.

This is an adaptation of an article, “Fatty Liver? 7 Herbal Remedies To Support Liver Detox”, which first appeared on All Things Health US website.

Living with diabetes? Learn these expert tips in diabetes management to keep your health in check.

Why You are Experiencing Blurred Vision

Blurred vision is a symptomsof different eye disorders. Discover ways to treat underlying causes to allow you to see clearly in this article.

An ingrown nail is a common condition that can turn into a painful infection. Here are ways to treat it and avoid it in the future.

Malnutrition diseases can occur in people with cancer. Taking steps to treat the disorder will minimise your risk of complications.